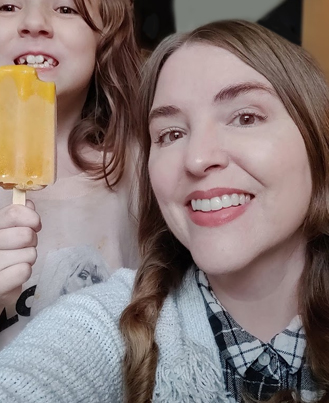 WHEATY ASH: Ashley E to the B

I do not consider myself a photographer per se, but rather someone that just really enjoys the art of “capturing the moment.” I also enjoy writing short stories and script ideas. I am very happily married, have an awesome 8-year-old daughter, and was guardian to my sisters. I love my dogs (and all dogs really) and vegan food! I encourage you to BE NICE to everyone. Contact me at wheatyash@gmail.com

Work
I am currently the Director of Marketing for a nonprofit that helps Georgia’s children. I was the Marketing Director at a dynamic theatre, Actor’s Express from 2016-2018. Before that, I was the Director of Public Relations for the University of North Florida’s School of Music from 2007-2016. Prior to my appointment at UNF I was Creative Manager for a cell phone carrier whose duties included creating static and animated content (utilizing 3rd party celebrity, college sports, and artist materials) and managing a team that created and prepared content for distribution by major cell phone companies.

In addition, I served as Assistant to the Senior Vice President of Marketing for a major website firm, specializing in advertising materials for Web Acquisition Services, which included working with major clients to ensure a successful design solution. I specialize in a wide variety of design services and have won several awards including Employee of the Year Honoree.

Education
I graduated with honors from the University of North Florida with a Bachelor’s Degree in Communications focusing on Advertising and Photography (as well as additional studies in Journalism) and continued my studies through UNF’s Post Baccalaureate Program in English/Literature. In 2008 I was awarded a UNF Grad Program Scholarship for “Excellent Scholarship” and received the same award in 2009. I earned a Master of Arts Degree in English (as a member of Sigma Tau Delta – International English Honor Society) in 2010.

In March 2014 I was accepted into NYU’s Steinhardt School of Culture, Education, and Human Development for a summer Studio Arts program. In 2015 I was accepted into, and attended, Yale University’s Writer’s Conference where I did workshops with American novelist, screenwriter, professor, playwright, and essayist Trey Ellis.

* In 2021 I became a member of the International Cinematographers Guild, Local 600 – Unit Publicist

* In 2019 I started a new position as the Director of Marketing for a Georgia nonprofit.

* In 2018 I graduated from the Arts Leaders of Metro Atlanta (ALMA) by Atlanta Regional Commission Program.

* In 2016 I founded a successful podcast that interviews cast and crew.

* In March 2014 I was accepted into NYU’s Steinhardt School of Culture, Education, and Human Development for a summer Studio Arts program.
(I didn’t attend due to cost.)

* I was also appointed as the official photographer for the Tallahassee Film Festival and Girls Rock Jacksonville. (Through 2016.)